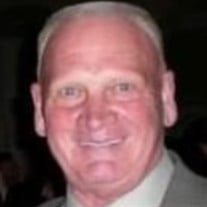 Carl Tom Reid (Dooley) of Hoover, Alabama passed away peacefully on Wednesday June 9, 2022. Tom was born in Elkridge, West Virginia on June 12, 1936. He grew up in Trussville, Alabama and graduated from Hewitt High School. After high school, Tom served in the United States Air Force and was a member of the 3914th Air Base Squadron in Chelveston, England. From there, he attended Jacksonville State University and was a member of the J Club, Gamecock Club, and the JSU 60s group. Tom was in the car business for many years and was retired from Crown Pontiac-Nissan. He was preceded in death by his parents, Dewey and Mary Margaret Reid and brother, Wallace Reid. He is survived by his loving wife of 42 years, Marcie Reid, four daughters Cindy Naish, Carla Emmons (Dennis), Shannon Reid, and Kristen Reid, six grandchildren and nine great-grandchildren. He is also survived by his sisters, Nina Orr (John) and Susie Crittenden as well as many nieces and nephews. The family would like to thank Peaches, Val, and Roxanne for their loving care over the past year. The family will receive friends Thursday, June 16, 2022 from 10:00 a.m. until 11:00 a.m. with a memorial service to follow at McCalla Memorial Funeral Home. In lieu of flowers, the family asks for donations to Founders Place, a Respite Ministry for Adults with Memory Loss at St. Luke’s Episcopal Church 3736 Montrose Road Birmingham, AL 35213 (www.saint-lukes.com).

The family of Carl Tom Reid created this Life Tributes page to make it easy to share your memories.

Send flowers to the Reid family.