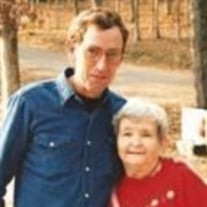 Charles Dale George (03/14/1955 -06/18/2020) It is with great sadness the family of Dale George announces his passing on June 18th, 2020. Dale was born Mar. 14th, 1955, he was preceded in death by his parents Junior Jud George (1918-1977) and Marjorie Jean Bush George (1924-2010), his brother Roger Keith George (1950-1964). He is survived by his wife Sherry Stephens George, sisters Vicki George Kes and Ginger George, his brothers Jerry and Barry George. Children Misty George, Ashley (Amanda), Chris and Heather Jones and several grandchildren, six great grandchildren plus nieces Ashley, Candace, Alissa, Becky, Angie & Bari. Dale retired from U.S. Steel, he could do anything with his hands, from restoring antique cars & tractors to rebuilding a computer. He was a good carpenter, electrician, mechanic, welder, plumber, and many other skills and experiences such as scuba diving, a part time volunteer sheriff’s deputy and paramedic. Not many people can say they built their own house but Dale did, from the ground up. It has been said that a person’s character can be judged by the way they treat children & animals, Dale had wonderful character because all the kids loved him and so did his animals. Dale was always fun to be around, his Mother gave him the name D.L.I., his friends will know what that means. He was always helping others and willing to give a helping hand. He will surely be missed by many, Rest In Peace Dale, see you later. A memorial service will be held on Monday, June 22, 2020 at 2 PM at McCalla Memorial Funeral Home. In lieu of flowers the family request donations be made to: Bibb County Pet Welfare P.O. Box 181 Woodstock, AL 35188.

The family of Charles D. George created this Life Tributes page to make it easy to share your memories.

Send flowers to the George family.