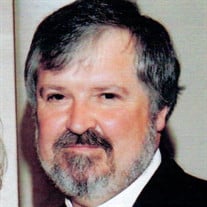 Charles E. Hammitt (Rick-Pop) 66 of Bessemer AL went to be with the Lord on November 6,2019. He is preceded in death by his parents Richard E. Hammitt and Zelah F. Humphries, grandson Dylon Davis, bro-in-laws Joe Hudson and Tim Curren. He is... View Obituary & Service Information

The family of Charles E. Hammitt created this Life Tributes page to make it easy to share your memories.

Send flowers to the Hammitt family.