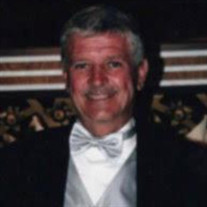 Don Wayne Reid began his life on August 19, 1952. He went to be with the Lord on October 3, 2021, at the age of 69. He was preceded in death by his mother and father, Eugene Douglas Reid and Norma Jeanne Reid, and a grandson Baylor Wayne Sumrall. He is survived by his loving wife Tracy Michelle Reid of 33 wonderful years. Four children, Crissy Garner (Moe), Kevin Reid, Jonathan Reid, and Jonica Reid (Michael). Additionally, he was blessed with seven grandchildren Mason & Bailey Garner, Jonathan Russell Reid, Ethan & Alexa Reid, and Braxton & Brooklyn Sumrall. Also leaving behind is 2 brothers and a sister, Eugene Douglas Reid II, Dale T. Reid (Sue), Karen J. Earley (Ed), several nieces & nephews and loving family and friends. Don was a mechanic by trade, and he used his vast mechanical skills and knowledge as a tool to not only provide for his family but as a way to serve people. He devoted several years teaching and guiding youth at Hepzibah Baptist Church. His life was full of great adventures that he enjoyed so much like flying an airplane, scuba diving, cruises, camping, and just hanging out at the river. He adored babies and treated everybody’s baby like the baby was his own. Don was so genuine. He placed all his value in the relationships and connections he had with people around him. He believed with all his heart that the greatest gift you could give was love. He gave as much of it as he could everyday with his life. He would say without God and his family he wouldn’t want to be here. His entire world revolved around his wife, children, and grandchildren. Don & Michelle loved each other deeply. They gave life purpose and kept each other going. Countless fun hours were spent with all his children and grandchildren making sure they understood how important they were as individuals and especially to him. His greatest concern was that they would make the choice to accept Christ as their personal savior. Today Don has received his complete healing and is rejoicing with his Lord and the many loved ones that have gone on before him. The family would like to express appreciation to the many friends and family that have spent time with Don and that have prayed for him and his family. Visitation will be October 7th from 1 to 2 pm at Hepzibah Baptist Church with funeral services to begin at 2 pm with Brother Tim Tindle officiating. Interment will follow at Hepzibah Cemetery. Pallbearers will be Mason Garner, Jon Russell Reid, Ethan Reid, Carl Lovelady, Ron Reed and Roy (David) Grammer.

Don Wayne Reid began his life on August 19, 1952. He went to be with the Lord on October 3, 2021, at the age of 69. He was preceded in death by his mother and father, Eugene Douglas Reid and Norma Jeanne Reid, and a grandson Baylor Wayne Sumrall.... View Obituary & Service Information

The family of Don Wayne Reid created this Life Tributes page to make it easy to share your memories.

Send flowers to the Reid family.