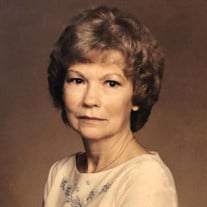 She grew up in a rural home in McCalla near Bessemer, Alabama, during the hard years of the Great Depression with her older brother Neal, her younger sisters Clara and Joanne, all being the children of Joseph and Annie Lucinda Carrington. Her father was a carpenter and a World War I veteran and at one time, both her parents worked at Hayes Aircraft Corporation. She married Ralph Marlin Marshall, the son of Eva Minnie Whiting and William Luther Marshall of Bessemer, on March 1, 1947. She worked in the Payroll Department of Harbert Construction Corporation, now Harbert International, until her retirement in 2015. She was Doris to her friends, Little Doris to her family peers, Mama to Terry and Lamar, and Mama Doris to her grandchildren. She collected small gifts yearlong and orchestrated the game of “dirty Santa” every Christmas to the delight of youngsters. No mother was ever more loving, dedicated and serving, more honest, more patriotic towards her country and faithful to her Lord. Like all humans born into this imperfect world, she had her share of trials and tribulations. She trusted the Lord to help her endure and to take her hand as she passed through the valley of the shadow of death. A scripture from Matthew Chapter 6 summarizes how she lived her life: “Therefore, when thou doest thine alms, do not sound a trumpet before thee, as the hypocrites do in the synagogues and in the streets, that they may have glory of men. Verily I say unto you, They have their reward. But when thou doest alms, let not thy left hand know what thy right hand doeth: That thine alms may be in secret: and thy Father which seeth in secret himself shall reward thee openly.” Until recently, she resided in Pelham, Alabama and was a member of Hope Lutheran Church in Irondale. She is survived by her two sons, Lamar and his wife Kathleen and Terry Marshall; granddaughter Mandy Foust and her husband Brett and their children Michael Brett and Mattie Lee; granddaughter Marie Bunnell and her husband Christopher and sons Devin and Sebastian; her sister Clara Riley, her niece Pamela White and her husband Wayne; nephew Spencer Riley and his wife Donna; brother-in-law Jack Marshall and his wife Carolyn; sister-in-law Gwendolyn McMillan; and sister-in-law Johanna Carrington and her family.

She grew up in a rural home in McCalla near Bessemer, Alabama, during the hard years of the Great Depression with her older brother Neal, her younger sisters Clara and Joanne, all being the children of Joseph and Annie Lucinda Carrington.... View Obituary & Service Information

The family of Doris Carrington Marshall created this Life Tributes page to make it easy to share your memories.

She grew up in a rural home in McCalla near Bessemer, Alabama,...

Send flowers to the Marshall family.