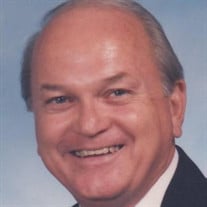 Plato said, “The measure of a man is what he does with power”. According to the Webster dictionary, one definition of the word ‘power’ is “the ability to act or produce an effect to change things”. On Monday, May 3, 2021, George W. Beasley, Jr, loving husband, father of three children, and ‘Grandman’ to eight grandchildren, passed away at the age of 78. George was born September 1, 1942, in Norfolk Virginia to George W. Beasley, Sr, and Daisy Pearl (Barnwell) Beasley. They moved to Moultrie Georgia early in his life where he grew up and made lifelong friends. He was a pastor for 28 years and began his calling in 1964 as a pastor at Macon Shirlington Church of the Nazarene in Georgia. He then married Mary Evangeline Hyde on August 29, 1964 (the girl he met in church camp when he was 14 and stayed in touch through letters for several years). His mother said he kept a dictionary beside his bed for when he wrote those letters. God later moved them to Edgewood Church of the Nazarene in Jonesboro Arkansas, Sheffield First Church of the Nazarene in Alabama, Pleasant Grove Nazarene in Alabama, and then Hartsville First Church of the Nazarene in South Carolina. He was then called to become an attorney and received his law degree from Birmingham School of Law in 1995, and practiced law for 24 years in Hueytown Alabama. From his days in college and as a pastor, to when he was an attorney, George W. Beasley, Jr lived his life as a mentor, comforter, protector, advisor, but more than anything, with a servant’s heart. His favorite quote was, “Always face the Son” because of his love for Jesus. He loved his family, music, playing pranks, had a big heart for animals, but felt called to help others. While he continuously provided ‘Dad’ advice to his children, he gave of his time, money, sometimes personal belongings, and made himself available to help families in need. These are traits that he dearly wanted to depart to his children (and grandchildren) by his actions rather than words alone. George W. Beasley, Jr is preceded in death by his father, George Sr, his mother Daisy, and by his brother Bobby Rhodes. He is survived by his loving wife Mary Evangeline Beasley, his three children Stephen (Dana), Evan (Tonya), Joy Richardson (Jesse), his eight grandchildren Jordan (Amy), Kevin, Lauren, Kristen, Andrew, Elijah, Luke, Payton, his brother Ronald Beasley (Karen), and his sister Mary Nell Cooper (William). His personality was bigger than life and he will be greatly missed. But his character and ‘measure’ will live on through the countless lives he touched.

The family of George W. Beasley Jr created this Life Tributes page to make it easy to share your memories.

Plato said, “The measure of a man is what he does with power”....

Send flowers to the Beasley family.