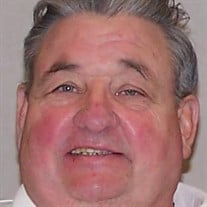 Burchfield, George Ronald, age 77 of Bessemer, Alabama went home to be with his Lord on July 28, 2018. Mr. Burchfield was born in Bayview, Alabama on January 19, 1941. He especially enjoyed hunting and fishing and going to NASCAR races with his father. Mr. Burchfield attended Bayview Elementary, Mulga Junior High and graduated from Minor High School in 1959. He studied Automation Management at Alverson-Draughon College. Mr. Burchfield worked for the U.S. Treasury Department in Homewood, Alabama as a senior support computer analyst before retiring after 43 years. Mr. Burchfield stayed in contact with many of his classmates all of these years. One of his greatest pleasures was planning the 1959 Minor High School class reunions. Mr. Burchfield enjoyed the Boy Scouts. He was a dedicated volunteer holding many leadership positions in the Jefferson County and the Birmingham Area Councils. He was a recipient of the District Award of Merit in the Warrior District and scouting’s Silver Beaver Award which is the ultimate honor at the local council level. Mr. Burchfield lived in Sandusky for 23 years. He was dedicated to the Sandusky community holding an assortment of positions with local organizations, including: • President Sandusky Civitan Club • President of the Sandusky Parks (Dixie Youth girls softball and the boy’s baseball park) • President of the PTA at Sandusky Elementary School Mr. Burchfield enjoyed working with Jefferson County Commissioner in the 60’s and 70’s, to establish new baseball and softball parks at Forestdale, Sandusky and Bayview. He worked with the Jefferson County School System in the 80’s and 90’s to turn the former Sandusky Elementary School into the new Sandusky Community Senior Park. Mr. Burchfield is survived by his wife of 55 years, Jeanette “Burgur” Burchfield; daughter, Dr. Nanette “Burchfield” Sayles and husband, Mark, (daughter Rachel) of Macon Georgia; Crystal “Burchfield” Steen and husband, Ed, (daughter Julia) of Prattville; son, George Ronald “Ron” Burchfield, Jr. and wife Dr. Ashley Burchfield (sons Heath and Jackson) of Madison. He was preceded in death by his parents, Andrew L. Burchfield and Ruthie “Bain” Burchfield, sister, Joy “Burchfield” Mullen, brother, Don A Burchfield Sr. He is survived by his brother, Mark Burchfield of Jemison, sister, Lee Ann “Burchfield” Powell of Bayview and nieces, nephews, cousins and many friends. A memorial service will be held on August 11, 2018 at 11:00 a.m. at McCalla Memorial Funeral Home. The family requests that, in lieu of flowers, memorials be made to the Greater Alabama Council, Boy Scouts of America.

Burchfield, George Ronald, age 77 of Bessemer, Alabama went home to be with his Lord on July 28, 2018. Mr. Burchfield was born in Bayview, Alabama on January 19, 1941. He especially enjoyed hunting and fishing and going to NASCAR races with... View Obituary & Service Information

The family of George R, Burchfield created this Life Tributes page to make it easy to share your memories.

Send flowers to the Burchfield family.