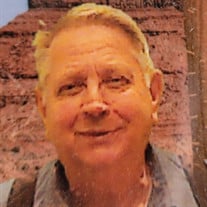 James Benson Davis, age 78, passed away on June 12, 2021. James led a life that demonstrated his belief that one should take pride in their efforts, that lessons were learned through accomplishing difficult tasks and goals, that love, and friendship are demonstrated by one’s efforts. His parents, William and Betha Davis, and brothers and sisters provided these life lessons growing up in Vincent, AL. Graduating from Vincent High School, prepared him as a young man for his adventures in the Marine Corps and later for graduating from Childersburg Technical School. James married Margaret Rae Stockton, in a small ceremony in Philadelphia, PA more than fifty-seven years ago. Their new family would begin with their sons, Greg and Robert in the Birmingham area. He befriended and touched many as his small family grew, and with memberships in organizations such as the Civitan International, through PTA projects, and his everyday interactions helping others with one project or another. He continued to show his hard-working and “never give up” nature as he provided for his family at Alabama Power Company and then Southern Company for more than 38 years, retiring in 2008. In retirement he never found a dull day, whether it was yard work, or an electrical project he became a tinkerer of local fame, or at least in the family. His friends and family, he held close and valued for not only their help but also for their hours of conversation and debate. James is survived by his wife Margie. Sons: Greg Davis and his wife Jennifer, Robert and his wife Connie. Grandchildren; Megan, Mandy and her husband Scott, Jordan and wife Lindsey, Tatyana. Sisters/Brothers: Mary Henry, Louise Simmons, and Bobby Davis. We will be celebrating his life at Visitation from 10 AM to 11 AM on June 18th, 2021, at McCalla Funeral Home located at 4780 Letson Farms Parkway, McCalla, AL. A short service will follow.

James Benson Davis, age 78, passed away on June 12, 2021. James led a life that demonstrated his belief that one should take pride in their efforts, that lessons were learned through accomplishing difficult tasks and goals, that love, and friendship... View Obituary & Service Information

The family of James Benson Davis created this Life Tributes page to make it easy to share your memories.

Send flowers to the Davis family.