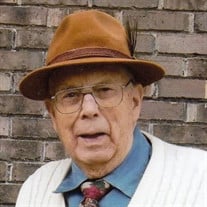 Richard “Pawpaw” Mebius, age 89, walked through the pearly gates of Heaven to meet Jesus and reunite with his sweetheart, Bobbie Mebius, on October 10, 2021. Richard was born in Birmingham, Alabama on January 22, 1932, son of the late James and Evelyn Mabius. On August 20, 1955, he married the love of his life, Bobbie, and together they grew a beautiful family on Bob Brill Road. Richard worked many years for Ridout’s Funeral Homes, but his real passion was being a Shriner. He absolutely adored being the Shriner clown, Mabe. Clowning around with his darling Mabe Not, made his time as a clown even more special. Richard made many trips to South Carolina taking children to the hospitals so that they could receive treatments, and he would make weekly trips to the Children’s Hospital, bringing cheer to all of those who encountered him. Richard was also a longtime member of Arnold’s Chapel Methodist Church and the OWLS (Older Wiser Loving Seniors). He served many different roles along the years and touched many lives. He will be greatly missed by his children, Dixon (Allison) Mebius, Karen (Andy) Arcara, Stephen (Donna) Mebius, and Mary (Bronze) Rinehart, his brothers, Charles Mabius, Edward Mabius, and James Mabius, and his grandchildren and great-grandchildren, Niki, Bobbie, Krystal, Billy, Ben, Katie, Tristan, Parker, Jessica, Aria, Amaya, Asteria, Braylon, Austin, Blake, Ashleigh, Jacob, Erika, Jase, Ella, Malia, Mariah, Misti, Mea, Luca, Cecilee, Ema, Luna, Stella, and Sol. He is preceded in death by his parents James and Evelyn Mabius, his son, Richard Mebius Jr., and his loving wife, Bobbie Mebius. A celebration of life will be held on Thursday, October 14 at McCalla Memorial Funeral Home. Visitation will be from 9-10 AM, with the service beginning at 10 AM.. All family and friends are invited to come celebrate and honor the life of our charming Pawpaw.

Richard &#8220;Pawpaw&#8221; Mebius, age 89, walked through the pearly gates of Heaven to meet Jesus and reunite with his sweetheart, Bobbie Mebius, on October 10, 2021. Richard was born in Birmingham, Alabama on January 22, 1932, son of the... View Obituary & Service Information

The family of Richard William Mebius Sr created this Life Tributes page to make it easy to share your memories.

Send flowers to the Mebius family.