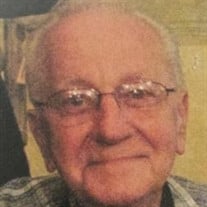 Stanley Henry Szafransky died at his home in Bessemer, Alabama on May 19, 2020 just as he had lived his life, surrounded by love and peace. Stanley was born in Shenandoah, Pennsylvania to Polish immigrants Waclaw and Wiktorja (Victoria) Szafransky. He was the youngest of 10 children and was the much-loved baby of the family nicknamed “Sonny”. Growing up in the coal mining town of Shenandoah he was always surrounded by family and had always recounted stories of growing up in a simple yet loving house. His father worked in the coal mines and his mother took care of the house and children. It is by watching her that Stanley developed a love of cooking. Stanley was raised in a devout Catholic home and until the very end, his faith was strong and sure. He and his brothers and sisters were extremely close and any time they were able to be together as adults, their time would be spent sharing stories and laughing. Their children were fortunate enough to spend time with these amazing and loving people as they gathered for reunions and shared stories about themselves, their parents, and childhoods. Stanley joined the US Army in 1950 and fought bravely on the front lines during the Korean War. He was proud of his service to his country and rejoined civilian life at the end of the war. Stanley settled in New Jersey upon his return from Korea. In 1967 he moved his family to Melbourne, Florida to pursue opportunities in the aerospace industry. He began working at Kennedy Space Center and was involved in missions from the Apollo era to the Space Shuttle. Stanley was proud of his contributions to the space industry and was a highly respected and well-liked manager at Lockheed Martin at the time of his retirement. Apart from the basic facts of Stanley’s life it is important to know that these facts are only a small part of who he was as a man. Stanley was a son who loved and respected his parents. Stanley was a brother who cherished his siblings. Stanley was a kind and patient father who loved his children. He was a loving husband who adored his wife, Kathryn. Stanley was an uncle who loved all of his nieces and nephews dearly. He was a grandfather who was never too busy to play pretend games with his granddaughter Lindsey, and loved her with all his heart. Everyone who met him, liked him very much. His kindness and gentleness were real, and all he ever wanted was to make the people around him happy. Stanley had a great knack for story-telling and loved to share stories about his early years. Although their life was difficult at times in the coal mining town of Shenandoah, he always said they were rich with love. It is this legacy that he leaves behind. One of unconditional love and kindness. Our lives are better for having him as our father, husband, grandfather, and uncle. He would want to be remembered for his laughter and generosity. He would want people to think of him and have a smile on their face even, if there may be tears in their eyes from missing him. Stanley was preceded in death by his parents Waclaw and Victoria Selvocki Szafransky and his siblings Valentina Szafransky, Vincent Szafransky, Sophie Szafransky Pastular, Jenny Szafransky Sosnowski, Edith Szafransky Favarulo, Matilda Szafransky DeSantis, Alberta Szafransky Kostulias, Joseph Szafransky, and Alfred Szafransky. Stanley is survived by his loving and devoted wife Kathryn Szafransky; his children Susan Szafransky Young, Jeff Szafransky, Donald Szafransky, Gwen Szafransky Peterson, and Victoria Szafransky Hathcock and her husband Robert; his granddaughter Lindsey Tyler Hathcock; and many nieces and nephews.

Stanley Henry Szafransky died at his home in Bessemer, Alabama on May 19, 2020 just as he had lived his life, surrounded by love and peace. Stanley was born in Shenandoah, Pennsylvania to Polish immigrants Waclaw and Wiktorja (Victoria) Szafransky.... View Obituary & Service Information

The family of Stanley Henry Szafransky created this Life Tributes page to make it easy to share your memories.

Stanley Henry Szafransky died at his home in Bessemer, Alabama...

Send flowers to the Szafransky family.